We need that same kind of emotion and energy to attack the global emergency.

Paolo Carcone has always got the passion passport while unexpected and extraordinary events may occur, even a pandemic! The remaining challenge is how to calculate the impact if the fears become real.

L‘Ostricaio in St Julian’s and Mellieha are two well-known Italian restaurants on the island of Malta. The fish is fresh, the food is tasty, the staff are friendly, and the atmosphere is relaxing. Paolo Carcone chose Malta and Malta chose him. He had moved to the island for managing L’Ostricaio a year ago after working as HR for large international companies.

Actually, in his working life, he faced several difficulties and saw him also mentioned in the pages of the newspapers. Some will remember the chronicle of the Meridiana Airlines, the difficulties in managing employees and a boiling atmosphere, almost… explosive! Paolo Carcone is linked to that story that for so long has occupied pages of newspapers and television channels.

An adventure of times

He has travelled a lot. He has visited many European countries and beyond, for work. But being a Sagittarius, his spirit of adventure and discovery is inherent.

In his career as HR, he also met “key” people, but this did not change him as a person. Who has the good fortune to know Paolo Carcone discovers a man in the hand, ready and always available: humour is always a sign of intelligence.

He thought he had made a courageous choice leaving Italy and the astonishing sea of his Gaeta, but instead, Malta proved him right. The “slanted” idea of entering the food and beverage world was right. However, he did not deal with a virus that shut down all activity.

In January 2020, after the great success of the start-up, the restaurant closes for a major renovation and a new temerarious business proposal. In February there is the re-opening, but also a pandemic in place that forces to close the premises.

Prime Minister Robert Abela closes commercial activities including restaurants in mid-March 2020, and Health Minister Chris Fearne said the focus was on social distancing. Nevertheless, the best season is upon us, and Malta lives on holiday business.

It is a hard blow even for a daredevil like Carcone: tourism is the primary source of income for the restaurant, and management expenses are high. Nevertheless, once again, he does not fall and faces the storm as a sailor on his cruiser.

The example of the boat is not random. Paolo has a real endless love for the sea and the ship. His “Indigo” is a beautiful boat that fetches people for a walk in the Maltese islands like a modern Caronte. He brought it from Gaeta to Malta during an April 5 days sailing made of extremely high waves.

Telling his adventure via social media, including the pictures of a delicious and lucullian lunch at L’Ostricaio once landed on the island.

However, the sea is generous with those who know how to talk to him.

His passion for sailing and fishing led him to participate in gastronomic competitions in which he excelled.

Indigo: not only a boat

In the official page of Indigo, he often publishes phrases of poets and writers related to the sea. Often, a sea that symbolizes life, feelings, and the perennial desire not to stop. After all, Paolo Carcone is like that. A sea always moving and as the sea never empties and always goes forward.

During the night of the transfer to Malta, despite the apparent difficulties to manage a stormy sea, he also managed to admire Stromboli’s eruption and publish photos of a crossing that anyone would have thought impossible.

Carcone is like this: reckless as a man and as an entrepreneur. Always with his mind on the move to seek new initiatives and ideas.

Fish and “ships” are a perfect combination to be able to carry on a project that has reason to exist.

Malta’s life has regenerated him thanks to its mild temperatures. A Mediterranean culture that has completely enveloped him. Malta is an island that is to be loved. With its country streets and the opulence of La Valletta. Malta and its unique balconies and colourful fishing boats.

The return to normal life

Prime Minister Abela has recently allowed the opening of restaurants that will have to follow specific safety rules.

The economic damage to L’Ostricaio is enough to keep an eye on the ball, and following that wind of passion, Paolo Carcone takes up again his journey.

We can savour its rich menu made of excellent raw fish, traditional Sicilian dishes, outstanding wines.

Above all, let us enjoy a serene and familiar environment of a summer in which we can leave fears at the door. 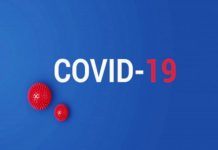 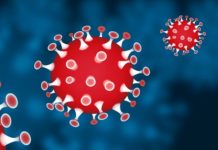 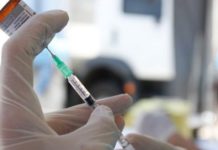 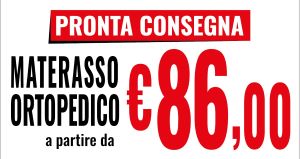 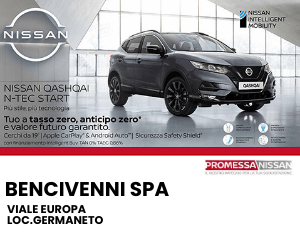 ‘Ndrangheta, blitz nel Crotonese: 12 i fermi per l’omicidio Vona (I...